Today I have an interview for you with author Marie Lavender about her book A Little Magick.

Short author bio: Bestselling multi-genre author of UPON YOUR RETURN and 20 other books. Nominated in the TRR Readers’ Choice Awards for Winter 2015. Poetry winner of the 2015 PnPAuthors Contest. Honorable Mention in the 2014 BTS Red Carpet Book Awards. Finalist and Runner-up in the 2014 MARSocial’s Author of the Year Competition. Honorable mention in the January 2014 Reader’s Choice Award. Liebster Blogger Award for 2013 and 2014. Top 50 Authors on AuthorsDB.com. Winner of the Great One Liners Contest on the Directory of Published Authors.

Marie Lavender lives in the Midwest with her family and three cats. She has been writing for over twenty years. She has more works in progress than she can count on two hands. Since 2010, Marie has published 21 books in the genres of historical…

Tomorrow, May 12th at 10AM pacific/1PM EST, Solstice Shadows will be hosting a live author chat with me on Twitter! How exciting!

Check us out, and find us @marielavender1 and @SolsticeShadows! We’ll be using the hashtag #authorchat. Feel free to drop by and ask any questions you like!

This should be a fun experience! I look forward to seeing you all on Twitter. 🙂 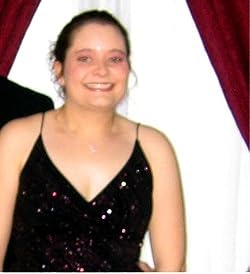 I want to all to meet Marie Lavender, the Bestselling Author of UPON YOUR RETURN and 19 other books. 2014 BTS Red Carpet Review Nominee. Finalist and Runner-up in the 2014 MARSocial’s Author of the Year Competition. Honorable mention in the January 2014 Reader’s Choice Award. Liebster Blogger Award for 2013 and 2014. Top 50 Authors on AuthorsDB.com. Winner of the Great One Liners Contest on the Directory of Published Authors.

Is she awesome or what?

Marie Lavender lives in the Midwest with her family and three cats. She has been writing for over twenty years. She has more works in progress than she can count on two hands. Marie has published twenty books in the genres of historical romance, contemporary romance, romantic suspense, paranormal romance/fantasy, mystery/thriller, literary fiction and poetry.

Today I’m interviewing bestselling author Marie Lavendar who prefers a gel pen to a keystroke and a journal page to a computer.

When asked if she had any quirks she admitted that while she doesn’t write in the shower, she does find herself working on scenes in there. I had to agree…this happens to me all the time.

Desiree Edwards has a problem. She’s been attacked, kidnapped and forced to get along with a vampire of all things. It’s something right out of the story books she reads, or her worst nightmare. But, sometimes he’s not the monster he appears to be. He seems so humanlike that she can’t help it when her emotions betray her, when her body betrays her. To make matters worse, she finds out more about herself than she ever wanted to know.
She was unlike any other…
Alec has a problem…

Here is my interview with Marie Lavender

My author interview with host Fiona!

Here is my interview with Marie Lavender.

via Here is my interview with Marie Lavender.

Check out my author interview on The Books Machine Blog!

TBM: How do you imagine the ideal reader of your book?

ML: I imagine the ideal reader of my book to be a romantic who doesn’t mind bit of history and suspense thrown into a love story. Anyone who loves a good story and enjoys a thrill while learning about new places would be a potential reader.

TBM: How was the writer inside of you born?

ML: When I was young, I absolutely loved the written word!  I would pour over books, eating up the narratives within.  My imagination was huge and my family would often find me acting out my own stories with dolls and such.  This eventually translated into writing stories, and I’ve been writing them ever since.

TBM: What genres do you work with and why are you attracted to these forms of writing?

ML: I write romance because I love showing how…

I recently had an interview post on BooksOnline Directory. This is an awesome site where authors can feature their books for readers, and they recently started offering interviews. Here is the link to the Q&A, but I will go ahead and put the full interview below for you as well.  I wasn’t able to copy and paste directly from the site.  Below is a image you may be unable to see in full.  To view a clearer picture, hover over the interview text and click, then it will take you to the complete interview.

Hi, readers!  I just wanted to pop in and say that the group author interview I participated in last evening went very well!

It was fun, and I wouldn’t mind chatting again with Bennet Pomerantz.  I hope you got a chance to listen in.  If not, no worries!  Here is the link.  http://www.blogtalkradio.com/worldofinknetwork/2014/11/09/any-which-way-but-loose-with-bennet-pomerantz   You can play the interview and listen to our craziness!  Enjoy!  🙂

Catch me in a radio interview this Saturday!

This Saturday, November 8th, you can catch me in a group author radio interview on the World of Ink Network show on Blog Talk Radio at 9:00 p.m. EST.  The specific show is ANY WHICH WAY BUT LOOSE with Bennet Pomerantz.

Life is a sensual dream that poetry brings into reality.

The open tabs of my brain in words

A Way to Sharing and Expressing!

Truths of mine, in which I hope you find yourselves

This WordPress.com site is the bee's knees